The sights of Eastern Switzerland: Eastern Switzerland offers numerous sights. One of the most famous is certainly the Rhine Falls of Schaffhausen, Europe's largest waterfall, which attracts numerous visitors every year. 700,000 litres of water roar down here from a height of 23 metres per second - a fantastic spectacle.

But also the other attractions of Eastern Switzerland are definitely worth seeing. Many beautiful peaks, which you can reach by mountain railway or hiking, offer wonderful views and museums present the history of the region - here everyone will find something to his taste. 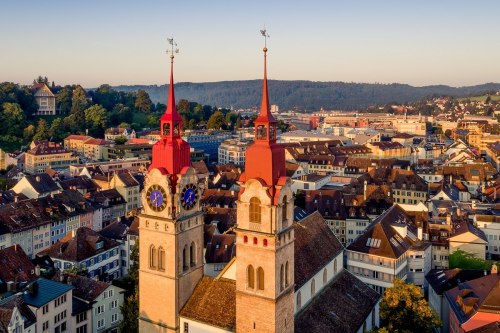